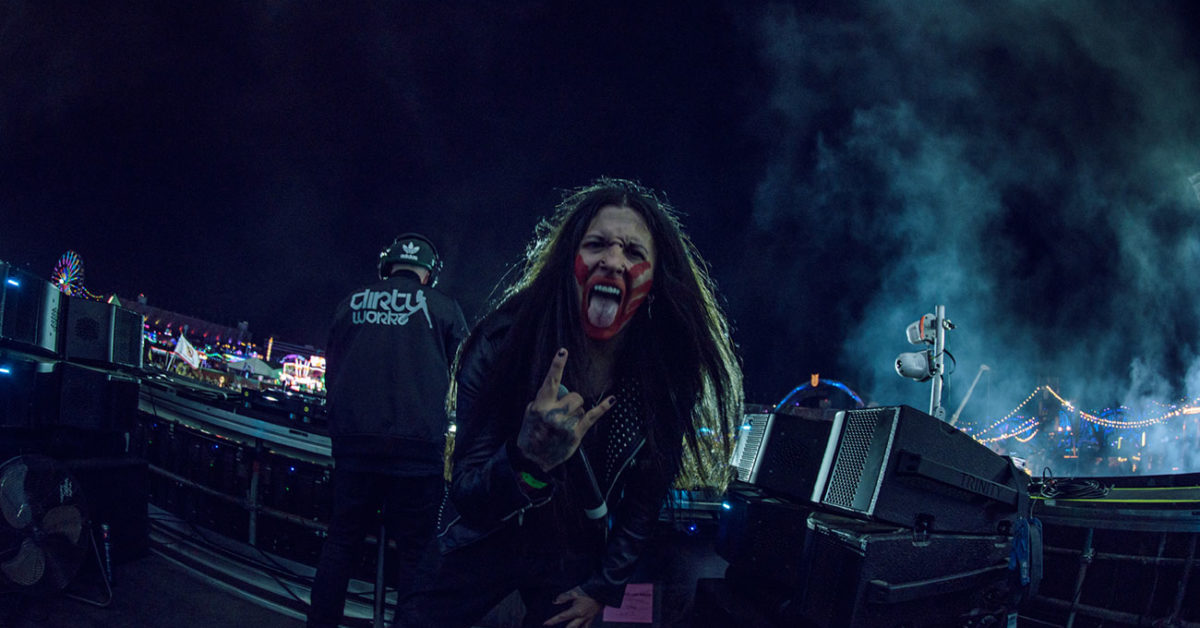 Conjuring sonic chaos from unfathomable corners of the esoteric world, behold the audio alchemist known as Darksiderz. Hardstyle fans around the world know his name from years of performances at the world’s biggest dance festivals as he brings unprecedented energy to every set. As a staple in the North American hard dance scene, Darksiderz thrives on living outside of the status quo and embodying his project in mind, body, and soul. From the very beginning, music has been a focal point in his life. He proudly represents his Native American culture with singing, dancing, and remaining rooted in his peoples’ traditional music and way of life. From tribal music to playing in punk, metal, and industrial bands as a teenager living in Reno, Nevada, his musical explorations led to learning piano, drums, guitar, and native flute. All providing the opportunity to engage in a wide spectrum of musical knowledge far beyond the level of his peers.

Picking up a case of vinyl records and turntables, Darksiderz began his journey into electronic music with strong industrial and gothic influences. Throughout his youth, He was passionately devoted to his local music scene with performances at underground and major events alike. Proving his finesse behind the decks, and continuing to build his project with a unique signature sound, integrating indigenous-style percussion with dark, alternative elements into his own brand of hard dance from the aether. Carving out his own lane in the music industry, the cult of Darksiderz was born.

Darksiderz brings exceptional energy to the stage, incorporating potent track selection along with his unique personality on the microphone. Combining different sounds and melding cultures to spawn a new concept of hard dance in the EDM universe, the world will soon know the power of Audio Alchemy.

Enter your email to get music, tour updates, and merch discounts!